❝ This stinks! This is total BS! ❞
—Bulldog getting wound up, as he often does

Bob "Bulldog" Brisco is a principal character on Frasier. He is portrayed by Dan Butler.

Bulldog hosts the Gonzo Sports Show on KACL radio. He is known to be a womanizer, and disliked by Frasier Crane. This is because he is more "common" and pokes fun at Frasier in his many practical jokes. He is an intense sports fan, making many references over his time on the show. In season six, he practically became a main character. In Shut Out in Seattle, his show was cancelled due to bad ratings. In his later appearances, he works first as a pizza delivery boy and then at KACL's archive vault, where he remains well-liked around the station. There seems to be little or no genuine malice in Bulldog - he truly believes deep down that what he's doing is funny, and others will - eventually - get the joke.

Bulldog is first introduced as being a sports fan and is very loud. He is inclined to joking about Frasier's intelligence, usually telling him to lighten up.[1] When Frasier feels his ethics are breached when performing adverts on his radio show, Bulldog offers to do it for him, but in an extravagant way. Roz declares that they are going to be sued for sure.[2]

After hearing about reducing the budget, and taking someone off the air, a rumour spreads around the radio station about Bulldog being the rightful candidate for being fired. While passing information over to Father Mike, Frasier is surprised to realise that Bulldog overheard. In order to save his reputation, Bulldog decided to quit and went straight to Ned Miller's office. After a short, but brutal confrontation, he quit. He soon came around to Frasier's apartment and asked if he could stay for a short while. He explained that his girlfriend had dumped him because he was fired. Frasier is forced to get his job back.[3]

After being asked by Martin for the police force, Bulldog agrees to take part in a charity event to raise money. As prices were running low, Martin forced Daphne to buy Bulldog. Their ride in the limo wasn't appetising as Daphne became really drunk and managed to get Bulldog into trouble with a nearby driver.[5] 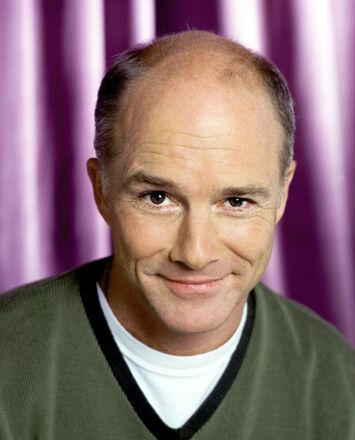 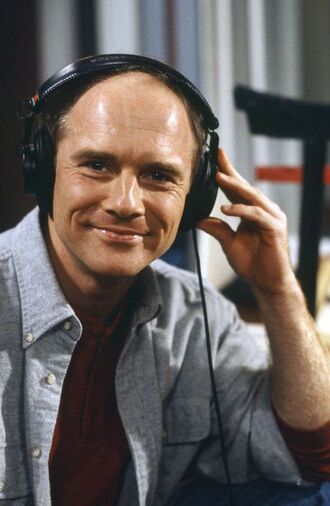