James Burrows
Dinner at Eight is the 3rd episode of Season 1 of Frasier.

FATHER'S NIGHT -- Frasier (Kelsey Grammer) and Niles (David Hyde Pierce) hope to spend some quality time with their father, Martin (John Mahoney), and to broaden his horizons by taking him to dinner at their type of restaurant: trendy and pretentious. Meanwhile, Niles has an unexpected reaction to his first meeting with Daphne (Jane Leeves).

The episode begins with Frasier's show, a lady calls asking for help about her annoying in-laws when suddenly they arrive home and put her and Frasier in a ridiculous position.

How Many Sharks Died...?

Niles visits Frasier's apartment, leading to Niles' first encounter with Daphne Moon. The brothers discuss their significant differences of taste from their father, and decide to treat their father to a fancy French restaurant called Le Cigare Volant in an attempt to improve his sense of style.

At the Station, Roz tells Frasier she met a strange guy who has fear of honey.

Unfortunately, the restaurant loses their reservation, and the three characters visit a steakhouse at Martin's suggestion.

The wait staff immediately cuts Frasier's and Niles' ties upon their arrival, claiming a reversed "dress code." Frasier and Niles complain continuously about the style of food, and Martin grows so frustrated that he leaves. In an attempt to show respect for their father, Frasier and Niles spend the rest of the night trying to finish their meals.

Frasier and Niles keep eating their steaks after the Timber begins closing. 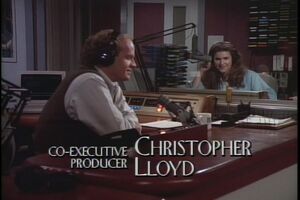 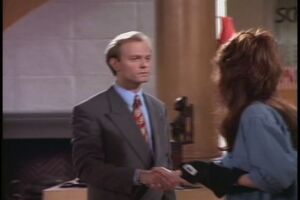 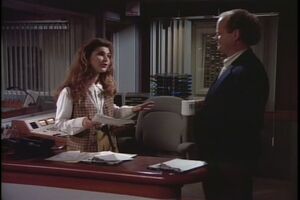 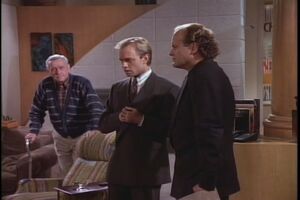 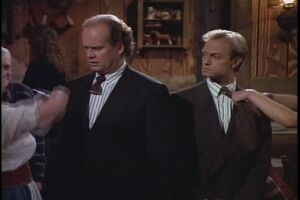 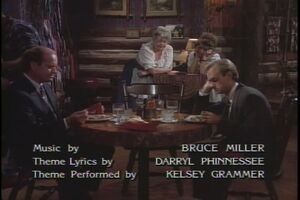