Enzo
Moose
Eddie is a character on Frasier, portrayed by Moose for the first seven seasons, and by his son, Enzo, for the remaining four.

Eddie is the Jack Russell Terrier owned by Martin Crane. He is capable of understanding many commands and human language to a certain degree, for instance on display when someone spells out B-A-T-H and Eddie scarpers to avoid it. Eddie has a tendency to, at length, sit and stare at Frasier. After about a year living in Frasier's Apartment, Eddie fathers six puppies, which causes Frasier to have him neutered.[1] His puppies also have a tendency to stare at Frasier. He generally listens only to Martin, and has an inconsistency in learning tricks. He occasionally listens to Daphne Moon, and upon her visits, only fully adheres to Lillith Sternin, out of fright. 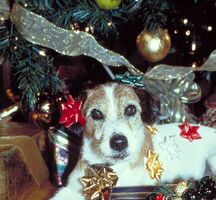 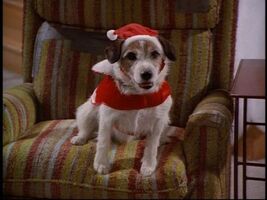 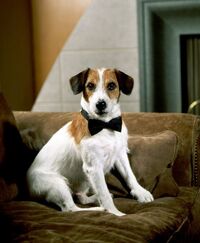