16 September 1993 — 13 May 2004
Frasier is an American television sitcom, which originally aired on NBC television network.

Psychiatrist Dr. Frasier Crane (Grammer) returns to his hometown of Seattle, Washington, following the break up of his marriage and his life in Boston (which was covered in the series Cheers). His plans for his new life as a bachelor are complicated when he is obliged to take in his father, ex-police officer Martin Crane (Mahoney), who had to retire and is unable to live by himself owing to an injury caused by being shot in the line of duty. Frasier and Martin are joined by Daphne Moon (Leeves), Martin's eccentric, British, live-in physical therapist and caretaker, and Martin's dog Eddie (Moose).

A frequent visitor to their apartment is Frasier's younger brother Niles (Pierce), a fellow psychiatrist who, like Frasier, is pompous, snobbish, and overly intellectual. Niles' infatuation with and eventual love for Daphne, feelings which he does not confess to her openly until the final episode of the seventh season, form a complex story arc that span the entire series. Frasier hosts a popular radio talk show on KACL 780AM (named to honor the show's creators, Angell, Casey, and Lee). His producer is Roz Doyle (Gilpin), a woman with an active romantic life who, while decidedly different from Frasier in taste and temperament, nevertheless becomes a very close friend over the course of the series.

Numerous running jokes and themes develop throughout the series. Chief among them are the class and familial conflicts among Frasier, Niles and Martin. The two sons, who possess "fine" tastes, "intellectual" interests and rather high opinions of themselves, frequently clash with their more blue-collar, down-to-earth father. A running theme, particularly in the early seasons, is Frasier's and Martin's difficulty in reaching an accommodation with each other and in sharing an apartment. Despite being similar in personality, interests and sensibilities, the relationship between Frasier and Niles is no less turbulent. Despite their mutual love of sherry, opera and ballet, they are constantly victims of intense sibling rivalry, their jealousy of each other and petty attempts at one-upmanship (which frequently result in chaos) drive many of the plots.

Other developing storylines include Niles' growing love for Daphne (of which she remains unaware in the early seasons, despite its increasingly obvious nature) and the breakdown of his marriage to the never-seen Maris (a take-off from its parent series, "Cheers," in which Norm's wife, Vera, was often talked about–and even heard–but never seen), Frasier's search for love in his own life, and the various attempts of the two brothers to gain acceptance into Seattle's cultural elite. Structurally, many episodes center around misunderstandings or elaborate lies which multiple characters are forced to "play along" with in order to conceal the truth. Frasier also featured many "once-a-year" plot devices, such as an appearance by Frederick, Lilith, or Bebe. Season finales sometimes took the form of a "two part" special that was concluded as the series premiere the following season. 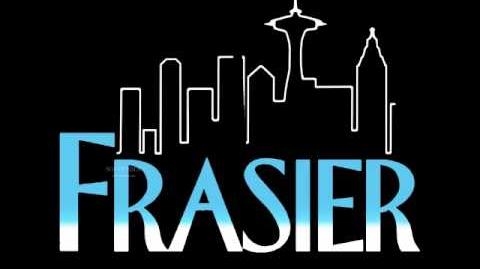