Seattle
Frasier's Apartment (Apartment 1901 at The Elliot Bay Towers) is a residence in Seattle, Washington, on Frasier.

Following his departure from Boston in 1993, Frasier Crane moves into the astonishing Elliott Bay Towers. The apartment has 3 bedrooms and a large sitting room, with an adjacent kitchen and a fireplace. There are two steps up to a landing with a terrace overlooking the city with a view of the Space Needle. Frasier's decorated the flat entirely with ecclectic pieces of art and furniture; African artefacts, a remake of Coco Chanel's studio chaiselong and a Wassily chair, which is replaced by Martin's lounge chair. On the left side of the landing leading to the balcony is an Eames chair.

Frasier is the sole resident when he contemplates what to do about his father's situation, six months after having returned to Seattle.[1] His independence, however, is short lived as he ultimately decides to take in his now disabled father, Martin Crane. After what is initially a misunderstanding, Martin's physical therapist, Daphne Moon moves into the apartment as well.[2]

Frasier and Martin live at the apartment for eleven years, while Daphne eventually moves in with Niles after 8 years. For much of the time, Frasier and Martin regularly argue over the living arrangements and various other subjects, such as having women over. Another source of tension between them is Martin's recliner, which is worn and decades old. Frasier at one point attempts to get rid of the chair (without Martin's permission) and replace it with a leather one. This greatly upsets Martin when he explains the sentimental value of the chair to Frasier, who feels extreme guilt and proceeds to get the recliner back for his father and returns the new one.[3] Some years later, Frasier accidentally destroys the chair, and to make amends has a replica built at great expense (remarking that, ironically, it was now the most expensive piece of furniture in his apartment).[4] When Frasier leaves for Chicago and Martin, having married Ronee Lawrence, moves out, a mover comes to pick up the chair and Frasier cautions him to be careful with it, having perhaps developed a soft spot for the chair. 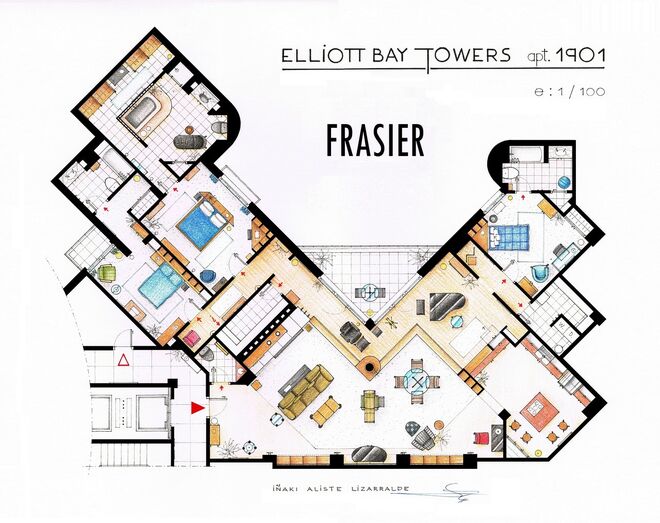 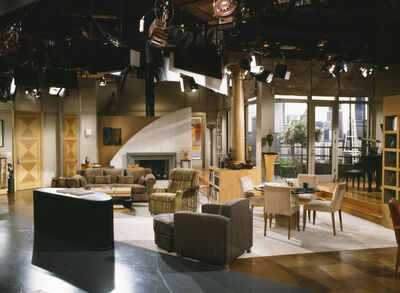 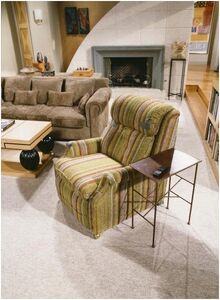 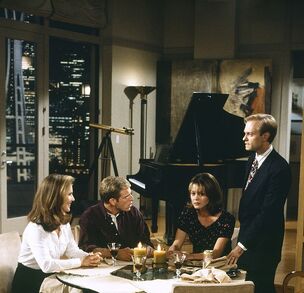 Add a photo to this gallery

Retrieved from "https://frasier.fandom.com/wiki/Frasier%27s_Apartment?oldid=11536"
Community content is available under CC-BY-SA unless otherwise noted.