Pamela Fryman
Halloween is the 3rd episode of Season 5 of Frasier.

FRIGHTENING TRUTH -- When Niles (David Hyde Pierce) hosts a costume party to benefit the Library Association, all must come outfitted as their favorite literary characters. Frasier (Kelsey Grammer) and Daphne (Jane Leeves) dress as The Canterbury Tales Geoffrey Chaucer and the Wife of Bath; Martin (John Mahoney) dons a cape and hat for Sherlock Holmes; Niles transforms himself into Cyrano de Bergerac; Roz (Peri Gilpin) dresses as 'O,' the love slave in 'The Story of O'; and Bulldog (Dan Butler) shows his literary knowledge when he shows up as Waldo, from the 'Where's Waldo?' books. In the midst of the party, Niles overhears part of a conversation and comes to the crazy conclusion that there is more to Frasier and Daphne's relationship than he thought. 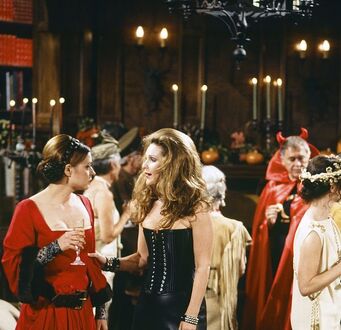 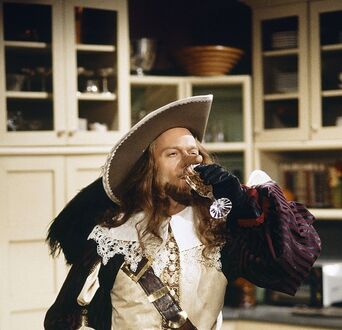 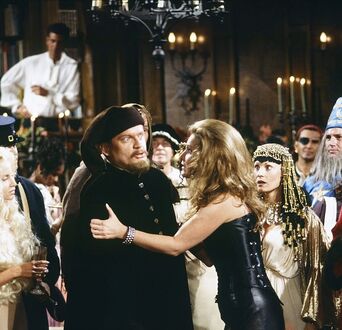