Adams was born in Washington, D.C., the daughter of Janice Adams, an administrative assistant, and William Adams, an engineer.  She has a younger brother, Jonathan, and was raised in Wheaton, Illinois and Bellevue, Washington. Adams attended the University of Washington, where she studied political science, and the Cornish College of the Arts, where she took theater. She attended the Juilliard School's Drama Division (1985-1989, Group 18) where she graduated with a Bachelors of Fine Arts degree in 1989. Adams then performed theatre at the Seattle Repertory Theatre.

She turned down the chance to work in Sister Act with Whoopi Goldberg for the opportunity to work with Arthur Miller onstage. She then worked along with Steve Martin and Diane Keaton in the sequel to Father of the Bride, where she received rave reviews from her fellow cast members. She went back to the stage and won the 1995 Tony Award for best performance by a featured actress in a play for the Broadway revival of An Inspector C'alls. She also won the Outer Critics Circle Award for best featured actress in a play in the Broadway production of Paul Rudnick's I Hate Hamlet.

In 1998, she starred in Happiness with Philip Seymour Hoffman playing the role of Joy, a sensitive single woman who is struggling with life. She and the cast won many ensemble awards. The next year, Adams got a recurring role on the hit comedy series Frasier from 1999 to 2000. She played Dr. Mel Karnofsky, who became Niles Crane's second wife. She also had a role in the film Mumford. In 2001, she was in the independent film titled Songcatcher, with Janet McTeer. She and the cast won a Sundance Special Jury Prize. In 2007, she appeared in The Sensation of Sight and The Brave One opposite Jodie Foster, Naveen Andrews, Terrence Howard, and Mary Steenburgen. She co-starred in the HBO series Hung opposite Thomas Jane from 2009-11. In 2015, she is Dr. Brooke Powell in the reboot of the film Poltergeist. 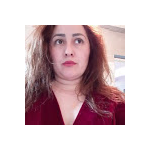