John Mahoney
Martin Crane is a principal character on Frasier. He is portrayed by John Mahoney.

Martin is a brash, no bull, charming retired police officer and the father of Frasier and Niles Crane. Martin started working for the police in 1961.[3]

Martin was born in Seattle and is a life-long resident of the city. At the age of 19, Martin was either drafted, or enlisted into the U.S. Army, and served in the Korean War, where he frequently mentions experiencing combat. After returning home Martin became a Police Officer, and would remain in this capacity until being forced to retire on a disability leave after being shot in the hip while interrupting a robbery at a convenience store. He attained the position of Homicide Detective.

Martin married to Hester Rose Crane, a crime scene psychiatrist that he met while on the job. They remained married until her death by lung cancer. Hester rejected his first marriage proposal, but the two married when she became pregnant with Frasier. The marriage was mostly a happy and loving one, but there were numerous issues; in particular, it is revealed that Hester had an affair with a family friend (apparently following a particularly rocky period in the marriage). Martin later blamed himself for his wife's infidelity, and was willing to allow people (including his own sons) to believe that he had been the adulterous party in the affair; the two later reconciled.

Ironically, this event would later help bring Martin and Frasier (whose own wife also cheated on him) closer together. They remained together until Hester's death in 1987. Martin was greatly affected by Hester's death, an event that seems to have increased his estrangement from Niles and Frasier, and certainly contributed to his reluctance to engage in relationships with other women. For much of their adult lives, Martin, Frasier and Niles seem to have had a rather distant and estranged relationship with each other.

Martin has one sibling, a brother named Walt (who is married to a Greek woman named Zora), and one nephew, Walt and Zora's son Nikos. Martin and Walt are estranged, thanks to Zora's hostility towards Frasier's meddling in Nikos' life. While they later reconcile, it is unclear how long the reconciliation lasts, and Walt appears only once.[4] There is a discrepancy in the storyline however, as Martin declared in an earlier episode, "I never had a brother."

In 1991, Martin was injured in the line of duty when he was shot after interrupting a robbery attempt in a convenience store.[5] This event is thoroughly explored in the episode The Return of Martin Crane. In the episode, (through use of a flashback) Martin explains to his partner Frank his frustration with his sons, both of which have become noticeably more distant since the passing of their mother. He also has a pet fish named Eddie, foreshadowing his beloved Jack Russell Terrier Eddie, who becomes his closest companion. The episode shows Martin recovering in the hospital after being shot, where he shows hope for being back on the force in a few weeks. Niles visits him, and the tension between the two caused by their drifting apart is obvious. Ultimately the injury damaged his hip, forcing him to walk with a cane for the rest of his life, and to retire from the police force.

His injury inhibits him from living alone, and forces him to accept Frasier's invitation to live with him upon Frasier's return to Seattle. Martin soon grows close to his physical therapist Daphne Moon, and steadily becomes closer to both his sons, despite their different tastes and personalities. Because both his sons share very little in common with him in terms of hobbies and personalities, he also grows to be very close to Frasier's producer Roz. He invites her to his poker games on numerous occasions, and responds warmly to her laid back, "one of the guys" personality. On one of his birthdays, she presents him with a six pack of beers, and this turns out to be the only gift he seems to genuinely enjoy that day. In many ways, because she shares so much of his own interests, he seems to view her as the child he should have had, and dotes on her. In turn, Roz seems to respond to his paternal feelings.

Romantically, Martin shows to be reluctant early on to begin dating, but over the course of the series he has a number of relationships with various women. In at least one episode, he reveals that he is strongly attracted to Asian women, although he is never shown dating one. By the end of the show, Martin reacquaints himself with Ronee Lawrence, a woman who, as a teenager, babysat Frasier and Niles. They become involved in a romance, which escalates into a marriage proposal. The ceremony takes place in the final episode of the series, establishing a new chapter in Martin's life.

Unlike his sons, Martin Crane is very down-to-earth and unpretentious. His tastes are generally simpler than those of his sons and reflect popular culture to a greater degree - he prefers drinking beer (specifically Ballantine) to wine or spirits, for example, and prefers watching action movies and professional sports to the opera and theater preferred by Frasier and Niles. He is a big supporter of the Mariners, the SuperSonics, and the Seahawks, professional sports teams based in Seattle. In the earlier seasons especially, most of the comedy and drama of the series stems from the culture clashes between the refined sons and the blue-collar father (the sons frequently considering themselves superior in both taste and intellectual matters than their father, Niles once admitted that he often doesn't listen to Martin's advice because he "doesn't have any credentials"), and the struggles between Frasier and Martin in sharing an apartment.

Among one of the disputes between Frasier and Martin is a decades old, well-worn (he mentions in Give Him the Chair that he sat in it when he watched the lunar landing and the 1980 Olympics) recliner that Martin owns; Frasier is appalled by its appearance in his living room. Initially Frasier figures the perfect present for his father is to purchase him an expensive leather recliner that replaces Martin's old one. This greatly upsets Martin when he explains the sentimental value of the chair to Frasier, who feels extreme guilt and proceeds to get the recliner back for his father and returns the new one. In Bla-Z-Boy, the chair was accidentally destroyed when it was set on fire and fell off Frasier's balcony. Martin initially bought a new leather recliner as a gift to Frasier, who had already made great effort to replace it, having a carpenter build an identical model from photos and tracking down the original manufacturers of the upholstery.

As a result, Martin has a complex and frequently difficult relationship with both his sons, both of whom take after their mother, and have little interest in the traditionally masculine pursuits that interest Martin, such as sports and outdoor activities, just as Martin himself finds little of interest in their pursuits, such as cooking, collecting antiques and opera. Martin also places little stock in (and is frequently and loudly dismissive of) established psychiatry, something which - as both of his sons are passionate psychiatrists - also undoubtedly contributed to the rift between them. On a few occasions, however, he actually exhibits genuine psychological know-how and intellect, surprising Frasier and Niles (although Martin usually waves off these situations and thinks nothing of it; he can, at times, attribute this to his listening to Frasier's radio show). Martin also frequently clashed with and was vocally dismissive of both of his sons' romantic interests (in particular their wives, Maris, and Lillith), which also added to the bad feeling between the men.

A dramatic irony frequently shown in the series is that whilst Frasier and Niles may possess more intellectual knowledge and refinement than Martin, it is in fact Martin who is a wiser and more pragmatic individual. Certainly, Martin possesses greater reserves of common sense and experience than his two sons, and whilst his sons may be trained in psychiatry, it is frequently Martin's advice in any scenario that is more sound. He is usually quick to foresee the catastrophes and crises that Frasier and Niles' various plans and actions will result in, and is capable of advising the best way to avoid this - however, their senses of superiority, stubbornness and neuroses frequently ensure that Frasier and Niles will disregard his advice and blunder into chaos anyway. This can lead to Martin at times taking an almost gleeful delight in the misfortunes and downfalls of his sons, and he is often quick to point out that he told them so. However, Martin is prone to letting his stubbornness get in the way of happiness, that Frasier often helps him solve, such as forcing Martin to acknowledge his feelings for one romantic partner, Sherry Dempsey.

Martin is a gruff and taciturn man who finds it difficult to express himself emotionally - in particular to his family and loved ones, with whom he can be quite withdrawn and remote. He often comes across as curmudgeonly and ungrateful to Frasier for taking care of him. Martin finds it easier to say the words "I love you" to both his dog Eddie and his best friend Duke than he does to either of his sons (although he actually said 'I love ya' to Eddie and Duke, which he says doesn't mean the same thing).[6] He is certainly less comfortable with emotional exchanges than either of his sons, who find it much easier to express themselves in such a fashion. His blunt, open manner can make him seem tactless and insensitive. He is quite stubborn, and is given to holding grudges. He has stated that he believes justice should be the same for everyone when he refused to help Niles take care of a legal problem for Maris; he has, nevertheless used his position as an ex-policeman for preferential treatment on occasion, such as when he flashed his badge to a border guard in order to alleviate his suspicions.

For all this, Martin is portrayed as an extremely likeable and caring individual. Although he may find it difficult to express his feelings to his sons, he clearly loves them both, remaining proud of and devoted to them, and bitterly resenting any implication that this might not be the case. When Niles goes to a costume party as Martin and is asked to name his biggest disappointment in life, Niles' response (in character and slightly inebriated) turns this into a speech of his distaste for his and Frasier's pretentiousness, snobbery, and lack of athleticism before finally saying "if I had to choose my two biggest disappointments." Martin quickly cuts him off, angered at being portrayed "as a drunken jackass", and tells Niles that, while he and Frasier weren't what he was expecting, he's always been proud of them. 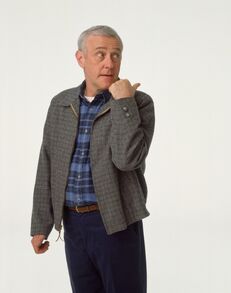 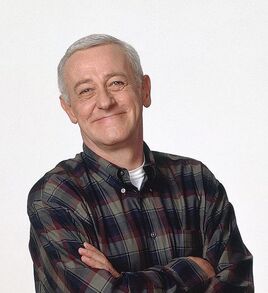 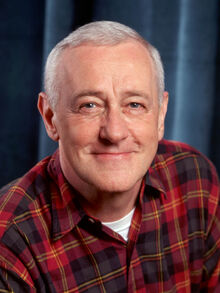