261
Roz Doyle is a principal character on Frasier. She is portrayed by Peri Gilpin.

Roz is the producer of the Dr. Frasier Crane Show on KACL 780AM. Although initially reluctant to take the job (it is revealed in a flashback that Roz tries on several occasions to switch to another show early in her career with Frasier), she and Frasier soon become firm friends.

Roz was born in Bloomer, Wisconsin. Her mother Joanna was a longtime politician there and serves as Attorney General. She has one sibling, a sister, Denise, whose supposedly "perfect" life prompts a great deal of resentment by Roz. Roz's parents are divorced and she maintains relationships with both of them, until her father re-marries a younger woman, which confuses Roz greatly and ultimately ends her relationship with her dad. Her grandmother was an immigrant from Ireland. Frustrated with small-town Wisconsin, Roz moved to Seattle as an adult to pursue a career in radio.

Roz is a very attractive woman, with a euphonious voice. She has no shame about her promiscuity, which is the subject of many jokes and snide remarks, especially from Frasier's brother Niles. Roz has a Tweety Bird tattooed on her upper thigh (hinted at in Dark Victory, season 2, and revealed in The Dog That Rocks The Cradle, season 7). During the show's run, Roz is often worried about her appearance as she ages and worries that she will never fall in love and get married. She has several brief flings with co-workers, including Bob "Bulldog" Briscoe (much to her later chagrin). On one occasion, she sleeps with Frasier, but while they are mutually attracted, they agree their relationship works best as friends. Roz also is lusted after by co-worker Noel Shempsky, although the feeling is not reciprocated by any means.

Early in the series, Roz and Frasier have a rather strained relationship. But as the show goes on, they become extremely close, often consoling each other through hard times. Nevertheless, the teasing, sardonic element continues through their friendship.

Roz has a constantly antagonistic relationship with Frasier's brother, Niles; she teases him about his effete mannerisms and snobbery, while he teases her about her abundance of partners. Their mutual bickering fades gradually as the series progresses and they become more friendly, although it never completely vanishes.

Roz quickly befriends Frasier's father, Martin and is the only regular character to address him as "Marty." While Frasier and Niles are interested in high culture, Roz and Martin share a more down-to-earth view of life, and grow close over the series. Roz is often invited to join Martin's poker games, which his own sons are not.

Roz is also close to Martin's physical therapist (and later Niles' wife), Daphne Moon, due to the fact that they are the only two women who were constant in the Crane men's lives. They end up becoming best friends, and Daphne invites Roz to be her maid of honor at her wedding to attorney Donny Douglas. She was also invited to be the maid of honor at Daphne's wedding to Niles; however, Daphne elopes with Niles in Reno, Nevada and Roz is not present for their real wedding.

Early in the fifth season, Roz discovers that she is pregnant with the child of a young college student with whom she had a brief fling. This occurrence serves as one of the main developing points for Roz's character. By the end of the season, Roz gives birth to her new baby girl, whom she names Alice May Doyle.

Late in the series, Roz finally manages to maintain a seemingly stable relationship with Roger, a garbageman. Roger meets Roz's needs and gets along very well with Alice. However, in the ninth season episode Frasier Has Spokane, it is revealed that Roz and Roger parted ways after he explains that there aren't any more "fireworks," once again leaving Roz in a vulnerable position. Frasier consoles her, and this eventually leads to them having sex in the following episode. Roz subsequently flees home to Wisconsin as Frasier chases after her in an attempt to remedy the situation. Frasier ends up posing as Roger, whom the Doyle family had been very excited to meet, while being a bit skeptical due to Roz's romantic history. It is here that Roz and Frasier reconcile, and agree to remain friends.

In the series finale, Roz is promoted to station manager of KACL after previous manager Kenny Daly (who had held the position since 1998) resigns and decides to become a DJ again. 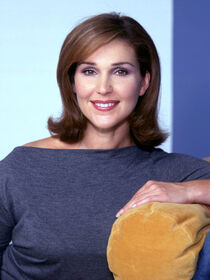 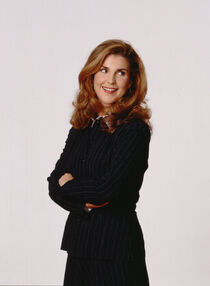 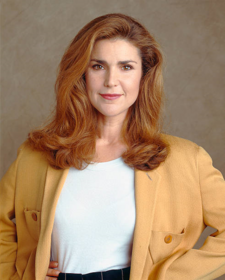 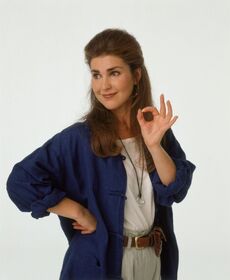