James Burrows
Space Quest is the 2nd episode of Season 1 of Frasier.

Dear God, It Wasn't A Dream

After Martin and his physical therapist Daphne move in to his apartment, Frasier struggles with the loss of his personal space and his tensions with Martin. Daphne, Martin, and Frasier share their first day together, adjusting to each other. Frasier wakes up and is disturbed at having to share his morning with Daphne and Martin. Eddie continues to annoy Frasier by staring at him.

After work Frasier comes home to find the apartment completely empty, he is able to only enjoy a few seconds by himself before Daphne, Martin and Eddie come home. Frasier and Martin then argue about being in each other's space. Frasier leaves and goes to Café Nervosa, when Niles comes in, and tells Niles about how he and Martin are crowding one another. Frasier is thinking of getting Martin and Daphne their own apartment, but Niles tells him to try to work things out with Martin.

Frasier comes home and tries to work things out with his father but his talk with his father doesn't go as planned. Frasier doesn't think things are working out and tries to tell his dad that maybe he should live elsewhere, but Martin says that he isn't going to go anywhere, and he tells Frasier that becoming closer takes time - it doesn't happen over a couple of days. They decide to give it another try.

One Man's Storage Room Is Another Man's Sanctuary (Ending)

Frasier gets his space at his storage with all his library stuff. 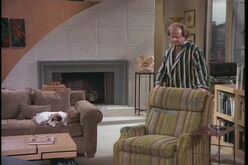 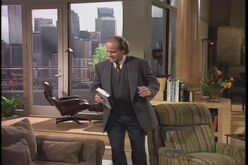 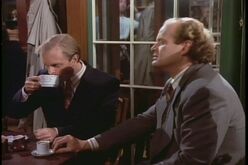 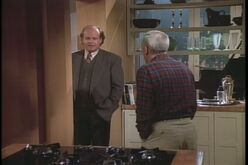 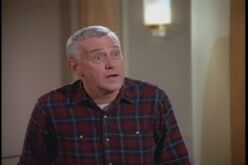 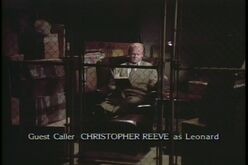